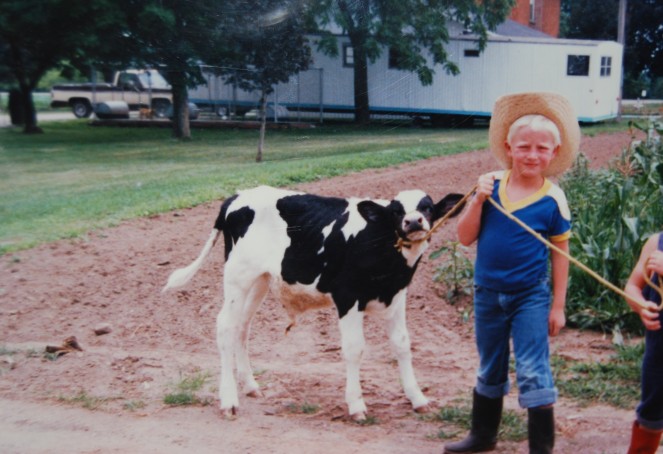 The photographs have aged well. Looking at the soft blue sky in the picture’s background it is easy to image that humid oppressive Ontario heat blanketing the day with whispered promises of a lightning storm to come. That means there is a schedule to follow on this hot afternoon. The photographer stands unseen behind the lens working hard to capture realistic moments and freeze frame them in time; little boys only stay little so long and mommies want to hold those memories forever.

It isn’t a traditional picture day. Auntie is behind the camera, mom is on the sidelines and grandad has supplied the calf and rules to govern it. The two little boys in the photograph had two jobs. First, they had to get themselves ready for picture day at the farm. It is clear that each boy gave special thought to how those 2 ideas fit together. The older boy, about 8 years old, topped his white blonde hair with a wide brimmed straw hat. He picked a blue t-shirt with a yellow v-neck collar and white stripes on the shoulders. His pant choice was blue jeans but because of the heat someone had taken the time to roll them up to knee level just high enough that they sit on top of the rim of his big black galoshes. The younger boy has taken equal care with his clothing and he too picked a straw hat to cover his light hair; his hat has a rolled brim with blue trim. He choose jean overalls with nothing underneath as a way to combat the heat. He has a little roll in the cuff that lets a bit of his leg peek out between the pants and his red rubber boots.

Their second job was to hold the calf. A new born calf weighs somewhere in the ballpark of 60 to 100 pounds and this was no new born. Grandad’s voice is stern in his execution of the boy’s orders to, “hold the rope, lead the calf, be responsible for her and don’t let her get away.” The image of the calf in the photograph makes it clear that she doesn’t want to be held or lead by a rope. She is optimistic that she can make “the big escape.” She stubbornly pulls back on her lead and plants her feet. There are a series of picture that show her insistence that these two scallywags won’t be in charge of her day. 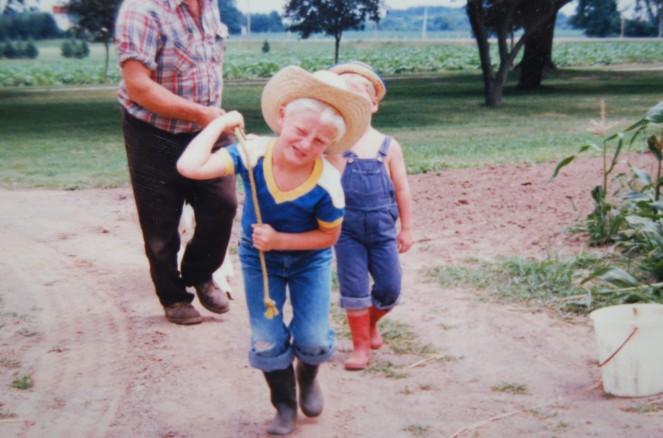 That same series of pictures shows the personalities of those two little boys and their relationship to their responsibility. The younger boy can be seen doing one of two things with the rope on the calf: holding it loosely so there is a slack in the line between himself and his brother who is bent slightly straining against the dogged determination of the calf or he is not touching the rope at all but taking more of a close bystander role. In either scenario the young boy has a look of shear amusement on his face as his young brain weighs the act of responsibility with the opportunity to make a decision without authorization.

His brother, on the other hand, shows an unwavering determination to complete the tasks at hand: photograph and control of the calf. His tiny face in the majority of the pictures is marked by his admirable attempts to outmaneuver the calf; his eyes are squished tight and his lips are pulled back to show teeth clenched together while all muscles in his body are pulled tight and straining against the rope lead.

Both boys were holding the rope lead when it happened. Something spooked that calf and she made her play at the big escape. Her stature went from planted and resistant to startled into violent activity; in this instance her violent activity was a head on charge through the corn field. Unexpectedly the rope line went slack for mere seconds as the calf stopped pulling back against it and made a wild run forward and to the left to avoid running into the children. Her course took her straight into the corn field and it took the boys sideways to the ground. The younger boy, mischievous to the core had the head to know when to just to let go. The older boy admirably resolute in his duties never thought to let go and as the calf disappeared into the corn field the young boy was quick to follow in a trail of dust and hollering. The only thing left behind to remind any of them that only seconds ago a boy and a calf had been present was a straw hat at the start of a dirt path that suggested someone or something had been forcefully dragged along.

The cornstalks were making a wild green snap sound as their rustling movement diagramed the passage for the breakaway. There was a moment of shocked silence by the people who witnessed the unexpected serious of events and then grandad made a quiet knowing chuckle as he headed toward the broken cornstalks and the flight of the calf and his grandson. Mother’s probably shouldn’t laugh at their children’s misfortune but sometimes it is just the way the brain controls emotion and in this case what would really be an appropriate startled response? Besides grandad would bring them both back.

Grandad came out of the corn field with the young boy limping along not looking at the calf or the rope. His expression was sour. He was covered in multiple layers of sand, silt and clay from top to bottom. He had a few stray pieces of green corn husks buried in his clothing as well as little bits of tassel clinging to him in random spots. His limp could be attributed to the fact that somewhere along the way he had lost a boot! His grandad who was walking just a couple steps ahead cast his eyes around the group waiting at the side of the corn field. The group had grown to include another aunt, an uncle, his grandmother and a couple cousins. Their facial expressions were marked with an amused concern. Grandad’s face held a barely discernable smirk and without a word he turned and nodded to the boy before he led the calf away.

The boy fighting varying emotions just wanted to make his own big escape.

*Some identifying details have been changed to protect the privacy of individuals. *

One thought on “The Big Escape” 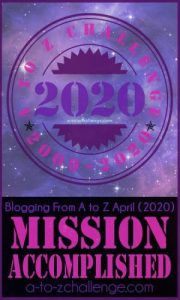 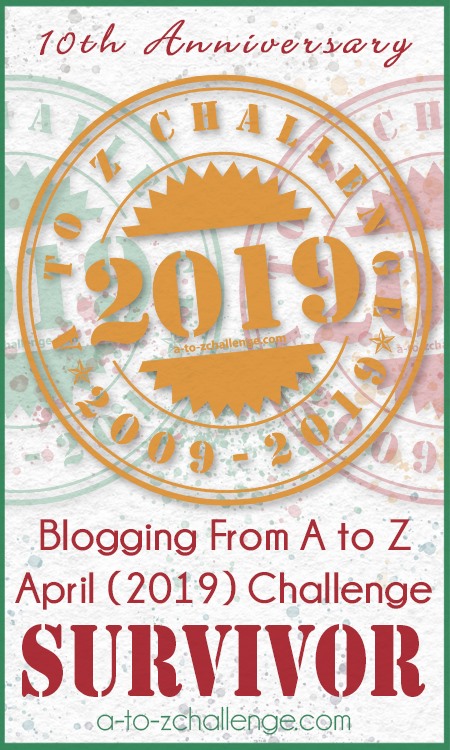 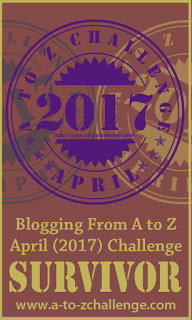 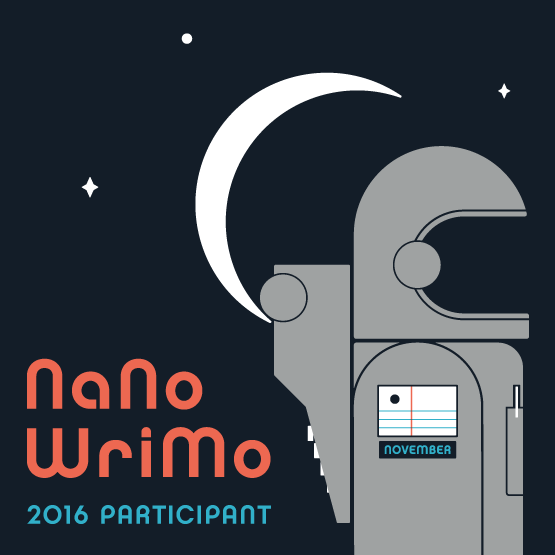